The Protection of Children 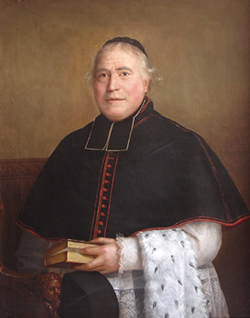 Foundation of the Congregation of the Sacred Hearts of Jesus and Mary and of the Perpetual Adoration of the Most Blessed Sacrament of the Altar. (SS.CC.)

The Congregation finds it origins in the turbulent social upheaval and violent persecutions of the French Revolution. It was a time when the practice of religion was forbidden and took place at very great personal risk. In 1792, Father Pierre Coudrin, who had been secretly ordained to the priesthood, went into hiding in an attic of the granary of the Motte d’Usseau. One evening, he had a vision of being surrounded by a heavenly, illuminated group of missionaries dressed in white robes. It became his inspiration for establish a religious institute. 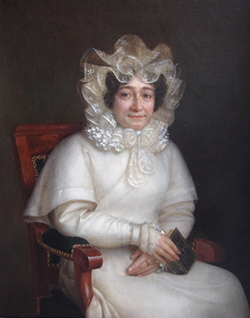 Vowing to “suffer everything, to give myself to God, to die, if necessary, in His service” Fr. Coudrin left the granary and began his underground ministry in Poitiers, France. In 1794, he met Henriette Aymer de Chevalerie, who had been imprisoned with her mother for hiding priests. While in prison, she experienced a conversion calling her to serve God. Together, the “Good Father” and the “Good Mother” envisioned a Community of men and women who would go everywhere and spread the message of God’s unconditional love, as manifested through the Hearts of Jesus and Mary.

At midnight on Christmas Eve in 1800, knowing they could face the guillotine for their actions, Pierre Coudrin and Henriette Aymer de Chevalerie professed their vows of chastity, poverty, and obedience and officially established the Congregation. On January 10, 1817 Rome approved the Congregation and its Constitutions under the title “Congregation of the Sacred Hearts of Jesus and Mary and of Perpetual Adoration of the Most Blessed Sacrament of the Altar”. The approval was confirmed by Pope Pius VII in his Bull “Pastor Aeternus” dated November 17, 1817. Brothers and sisters, united in the same charism and the same mission, we form a single congregation of pontifical right.

Who are we?
We are the United States Province of the Congregation of the Sacred Hearts of Jesus and Mary. The U.S. Province was established November 12, 2011 when the former USA East and Hawaii Provinces formally merged. The Province members currently live and minister in the dioceses of Brownsville, TX, Fall River, MA, Honolulu, HI and Tonga. We have an initial formation community in Suva, Fiji. Our Province also includes the regions, the U.S. West Region and the Region of India.

Hawaii
In September 1825, the Sacred Congregation of the Propagation of the Faith gave Congregation the Sandwich Islands, now Hawaii, as its mission territory. Starting in 1827, the young religious congregation set off on a new mission by sending teams of missionaries to settle in several Pacific Ocean islands to spread the Gospel, build churches, and evangelize new faithful. Nowhere in the Pacific Islands did the presence of Congregation of the Sacred Hearts of Jesus and Mary inspire its people more than in the Kingdom of Hawaii. By the time of the 1927 centenary there were 25 mission districts with 113 churches and chapels in the Territory of Hawaii. A fruit of the Hawaii Mission was the Congregation’s first saint, St. Damien de Veuster (1840-1889).

USA East
Bishop William Stang, first Bishop of the Fall River Diocese on the East Coast of the United States, in Massachusetts, had been a student at the Catholic University of Louvain. While there, he met members of the Congregation of the Sacred Hearts. Following his installation as bishop, he was faced with a shortage of priests and a multi-lingual diocese. Remembering his acquaintances from Louvain, he invited the Congregation to come to the Fall River Diocese to help minister to these communities and to establish parishes. The Congregation responded to his request by sending the first three priests in 1905.